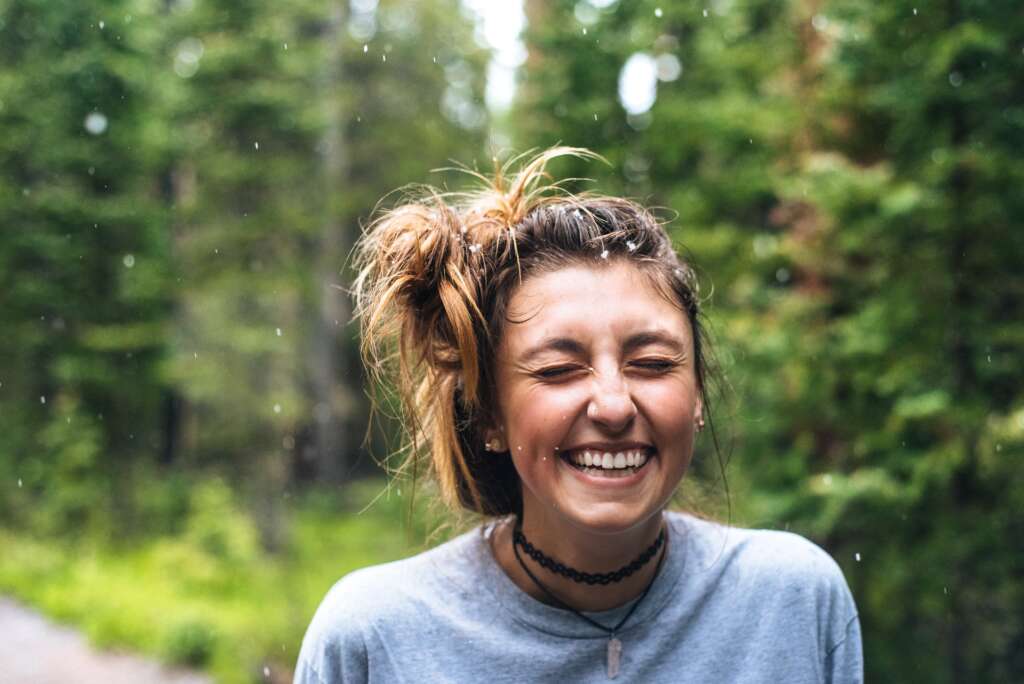 Psilocybe Cubensis mushrooms can do more than just make your floor move like the ocean and bring about temporary euphoria. Although there is definitely some benefit to having any kind of positive experience and enjoying yourself, for some people struggling with their mental health, mushrooms can bring about lasting, positive changes.

Whether the patient is taking regular microdoses, prefers higher-dosed trips spaced further apart, or has just had one or two psychedelic therapy sessions, Psilocybe Cubensis mushrooms seem to be able to help heal each person in their own way. Here are seven ways that magic mushrooms have been reported to help improve mental health.

A small study at Johns Hopkins University found 80% of participants were successful in quitting smoking for at least six months following psilocybin therapy. At a 2.5 year follow-up, 60% of the participants were still smoke-free. [source]

There has also been some research into the use of Psilocybe Cubensis mushrooms to treat alcohol dependence. A small study was conducted, with all patients having a significantly reduced alcohol intake after their psilocybin mushroom dose. [source]

2. Magic mushrooms can help those with treatment-resistant depression

Data from a study measuring the relationship between psychedelics and depression supports the idea that psilocybin may play a role in reducing suicidality and improving mood.

There were two other studies conducted to examine the psychological effects of psilocybin mushrooms on volunteers. A large percentage of the patients rated their psilocybin experience as one of the most meaningful experiences of their lives. In both 2-month and 14-month follow-up sessions, the participants reported highly increased positive attitudes, moods, social effects and behavioural effects. At the 14-month follow-up, all patients showed no signs of adverse effects due to psilocybin. [source]

In another study of those with treatment-resistant depression, researchers found a significant decrease in patients’ depression symptoms for the 5 weeks following psilocybin therapy.

In 2020, there was a review of 24 previous studies on using psychedelics to treat anxiety symptoms. It found that 65% of reviewed studies had reported a decrease in anxiety with the use of psychedelic drugs.

Participants of a recent study reported a lower level of depression, anxiety and stress following a psychedelic experience. Those studied also had greater levels of compassion and less frequent rumination.

There has been a patient case report and a study based on the effectiveness of psilocybin on obsessive-compulsive disorder (OCD). Both found that symptoms were significantly reduced for a time period following each dose of Psilocybe Cubensis mushrooms. [source]

A 2020 study of gay male survivors of the AIDS pandemic showed psilocybin’s promise in treating demoralization. Researchers found that after only one dose of psilocybin and 8-10 group therapy sessions, participants had significantly reduced demoralized feelings.

6. Shrooms can comfort those with end of life anxiety & depression

There have been a few studies suggesting that people who are experiencing anxiety and depression after a terminal diagnosis, may receive comfort and relief from experiences with psilocybin mushrooms. In these studies, a high percentage of patients were still experiencing anti-anxiety and antidepressant effects over 6 months after their previous psychedelic therapy. [source 1] [source 2]

Psilocybe Cubensis mushrooms have the potential to significantly help a lot of people around the world who are struggling with mental health disorders and their symptoms. More and larger studies must be done to definitively prove what many have reported experiencing.

As we find out more about the true benefits of these natural remedies, more places will start to decriminalize them, just as we have seen with cannabis. As the legalization of psychedelic mushrooms becomes closer to reality, more opportunities will open up for official studies to take place.

Shroom Wave carries many different types of Psilocybe Cubensis mushrooms, as well as a variety of psilocybin mushroom products!