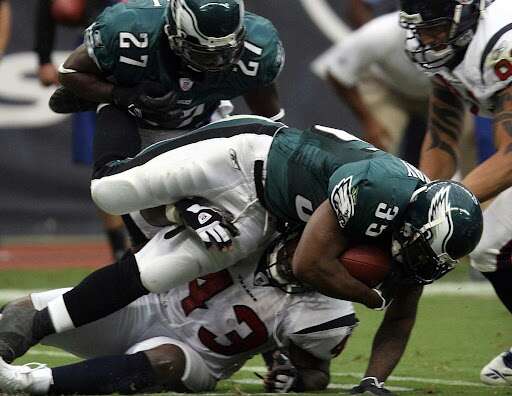 A growing body of anecdotal and scientific evidence suggests that psilocybin, the psychedelic compound found in shrooms, can help with the symptoms of CTE by stimulating new neurological pathways. Chronic traumatic encephalopathy, more commonly referred to simply as CTE, is a degenerative brain disease resulting from repetitive impacts to the head — the type of impact that happens often in contact sports such as boxing and American football. Doctors began warning of the dangers of repeated knocks to the head from playing sports way back in the 1920’s, but treatment has been limited. More recently, there have been exciting developments in possible treatments; athletes have been using shrooms to deal with their CTE symptoms with great success. This provides hope to all those who suffer from this destructive disease.

What Happens to the Brain with CTE

CTE disease causes a host of symptoms such as personality changes, memory loss, sleep disorders, violent or suicidal behaviour. It also increases the risk of other neurological diseases like Alzheimer’s. In fact, the two diseases produce similar symptoms.
Repeated trauma to the head can cause a protein called tau to misfold and malfunction, which then damages other proteins, spreading throughout the brain. A CTE diagnosis can only be confirmed after an autopsy, but studies suggest that the disease could be rampant within sports where blows to the head are part of the game. A 2017 study by Dr. Ann McKee, a neuropathologist at the Boston University School of Medicine, found that 110 out of 111 brains of decreased NFL players showed at least some CTE — that’s 99% .

CTE most often shows up in the brain autopsies of people who have suffered hundreds or thousands of impacts — sub-concussion or concussion level impacts — to the brain over a number of years, and this doesn’t exclude young people in their prime. The general puplic became acutely aware of the tragedy of this disease recently after it was found that retired NFL player, Philip Adams, who shot and killed 6 people before committing suicide, was suffering from severe CTE. He was only 32 years old. He wasn’t the first young NFL player either to display such a degree of violence due to CTE — in 2013 Aaron Hernandez, a former New England Patriots player was convicted murder and subsequently committed suicide. He was 27.

Shrooms as a Treatment for CTE

Current treatments focus on treating the symptoms, so patients can have a better quality of life. However, there is a growing trend among athletes who exhibit symptoms to give magic mushrooms a try in their search for relief. An HBO series (1995-present) called Real Sports With Bryant Gumbel presents the stories of a number of professional athletes who turned to psychedelic substances to deal with their brain injuries. ( https://www.getmysupply.co/journal/psilocybin-and-other-psychedelics-for-brain-injuries/ )
Daniel Carcillo, a former NHL hockey player who retired in 2015, was experiencing the typical CTE symptoms of suicidal thoughts, depression, slurred speech, memory loss, confusion, and insomnia. After treatment with psilocybin, his slurred speech, insomnia, and cognitive dysfunction vanished and he felt less anxious and depressed. He has since founded several organizations to bring awareness to concussion and head trauma in sports.

Scientific studies are starting to back up the anecdotal stories of these professional athletes using psilocybin or other psychedelics to combat the symptoms of CTE. The studies are showing that psilocybin and other psychedelic agents can stimulate the neuroplasticity of the brain, meaning they can stimulate the brain to form and reorganize synaptic connections in response to learning and life challenges or, more pertinent to this discussion, following injury. This can lead to a dramatic reduction of symptoms related to depression and PTSD. [ https://shroomwave.com/can-shrooms-help-veterans-cope-with-ptsd/ ], [ https://shroomwave.com/resetting-the-brain-with-magic-mushrooms/ ] A 2019 study shows that psilocybin may also be effective in disorders of consciousness, increasing neural activity and the richness of conscious experience even beyond what is seen is a normal waking state. ( https://academic.oup.com/nc/article/2019/1/niz003/5475888 ). This could explain why the anecdotal reports describe a decrease in CTE symptoms such as confusion, disorientation, memory problems and mood changes.

The Future is Promising For Those Suffering From CTE

Because of its ability to stimulate new neurological pathways, Psilocybin could be used to treat a multitude of conditions in the future. For those suffering from CTE, shrooms could be the answer they’ve been waiting for.