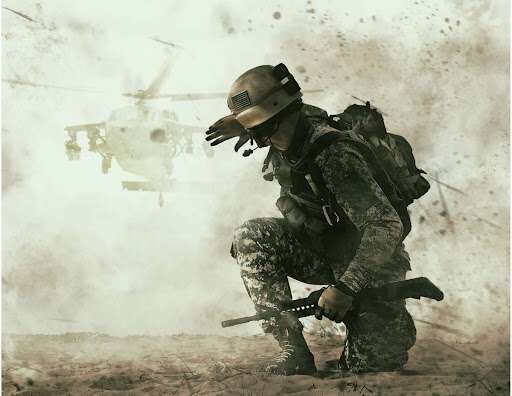 More and more veterans are turning to psychedelics such as mushroom therapy as an alternative treatment for Post Traumatic Stress Disorder (PTSD). Magic mushrooms not only help where other treatments have failed, they offer comprehensive and long-lasting relief to this debilitating disorder, giving a new lease on life to those who had lost hope of ever being free of symptoms.

Prevalence of PTSD in veterans

PTSD is a psychiatric disorder well associated with military duty and war. PTSD was added to the American Psychiatric Association’s diagnostic manual of mental disorders in the 1980s, but this affliction has been known by other names since ancient times. Shell shock, soldier’s heart, combat fatigue and war neurosis are just a few of the labels given to the cluster of symptoms veterans may develop.

Of course, PTSD is not limited to veterans. Anybody who experiences extreme traumatic events such as accidents, natural disasters, terrorism or personal assaults can develop PTSD. The nature of military service exposes soldiers to these types of events much more often than regular citizens, so it is normal that the prevalence of PTSD among veterans is higher than in the general population.

Statistics on the prevalence of PTSD are variable because of varying definitions, but recent estimations place the incidence of PTSD at 12.9% among U.S. veterans and 6.8% among the general American population.

The symptoms of PTSD can vary but general fall under 4 main categories:

Avoidance: Avoiding events, place and people that may trigger a memory of the traumatic event

Alterations in Arousal and reactivity: reckless behaviour, irritable or angry outbursts, hyper vigilant are examples of this category

Not everybody who experiences traumatic events will go on to develop PTSD. It is unknown why this is so, but the onset seems to be related to the survival fight, flight or freeze reaction caused by stress hormones in response to dangerous situations. People with PTSD continue to produce these stress hormones even once the danger is past. Because of this the page of the brain that deals with fear — the amygdala is more active and the part of the brain that handles memory — the hippocampus, shrinks, much in the same way depression affects the brain.

While conventional ways of treating depression and posttraumatic disorders such as antidepressants or talk therapy can be effective for some, for others they simply don’t work. Luckily, there is a growing body of scientific evidence as well as strong anecdotal reports that psychedelics for treating depression such as magic mushrooms not only work — they work exceptionally well to reduce and even eliminate the symptoms of PTSD. Magic Mushrooms have the unique ability to reset parts of the brain that have been negatively affected by PTSD or depression, offering fantastic hope for those who haven’t responded well to conventional treatments.

Chad Kuske, a retired Navy SEAL suffering from PTSD was one of those vets for whom conventional treatments hadn’t worked, and so when he was introduced to a group that could facilitate a psilocybin trip by a veteran organization, he jumped at the opportunity.

Speaking to “Insider”, Kuske said he felt he’d had decades of treatment condensed into just one Magic Mushroom trip. He explains: “I came out of it feeling rejuvenated, feeling this massive weight had been lifted off of me that I’ve been carrying around needlessly for decades.” The feeling continued, allowing him to respond to events more calmly and giving him a new energy and determination to get on with life in a productive and healthy way.

For now, Psychedelics are still being studied in clinical trials to evaluate the risks, benefits, and feasibility to safely administer powerful psychedelics in conjunction with psychotherapy. Rick Doblin, PhD, the founder and executive director of the Multidisciplinary Association for Psychedelic Studies (MAPS) believes that by 2025 psychedelics will play an important role in the community based treatment of depression and posttraumatic stress with clinics becoming more common, starting with clinics for veterans.

If you’re in search of Canada’s best online shroom shop with a wide selection, visit our shop.