Do Shrooms Cause Your Brain To Bleed? | Shroom Wave Skip to content 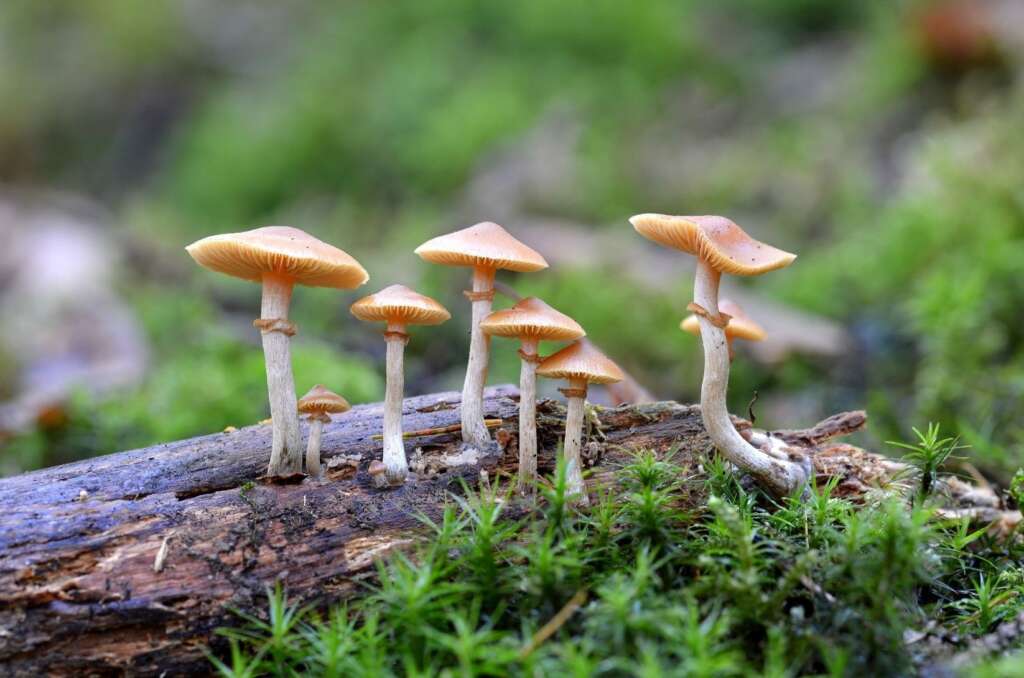 The short answer is no. There isn’t any research showing that shrooms cause your brain to bleed. On the contrary, recent research reveals the benefits of magic mushrooms in the treatment of a number of conditions such as depression, PTSD or CTE.

That isn’t to say that some people won’t undergo unpleasant side effects after taking shrooms. While most people experience euphoria, peace, heightened spirituality or visual effects such as vivid colors, some people do experience vomiting, confusion, paranoia or frightening hallucinations. But this is a far cry from “shrooms cause your brain to bleed”.

So why is this myth circulating on the web?

Many Wild Mushrooms are Poisonous

Some of it may be based in a real and legitimate fear of consuming the wrong type of mushroom. We do not recommend you go foraging for shrooms. Instead, only buy your shrooms from a reputable dispensary.  About 250 species of the mushrooms found in North America are poisonous. Some of them look quite similar to magic mushroom species.The Death Cap, for example, widespread in Canada, is extremely deadly with symptoms including brain swelling, bleeding disorders and multi-organ failure. These symptoms sound somewhat similar to the “shrooms cause your brain to bleed” myth symptoms, don’t they?

But perhaps the most logical explanation is good old stigma. The stigma related to various psychedelics has built up over the past couple of hundred years, spearheaded by colonization with its complex religious, racial and political maneuverings. Because of the stigma, research has been scant, only adding to the perception that psychedelics are fundamentally dangerous. However, this perception hasn’t always been the case.

Traditional Use of Psychedelics

Many psychedelic plants we now consider illegal have been used for thousands of years all across the world for both medical and spiritual purposes. Opium was commonly used in China, India, the Middle East and Europe to control pain. European settlers brought opium to North America where it was sold, completely legally, as a medicine. Coca (from which cocaine is derived) was grown in South America for thousands of years and found its way to Europe and North America with colonization. In the Andes, coca leaves were used to increase endurance and by the early 1880s, in Europe, it was thought that cocaine could cure just about anything.

Psychoactive mushrooms also have a long history of medicinal and spiritual use in traditional cultures. In ancient Greece, mushrooms were used in ceremonies to worship the goddess Demeter, and in ancient Egypt, psychedelic mushrooms were also used by priests and the upper classes for religious ceremonies.

Ancient civilizations in Central America used magic mushrooms as a vehicle to connect with God. In fact, in Nahuatl, the language used by the Mayans and Aztecs, their word for magic mushrooms translates to “flesh of the gods”. Until the Spanish colonized Central America, magic mushrooms were an important component in spiritual ceremonies. After that, under the pressure of the Catholic church, the rituals went underground.

The War on Drugs in North America

As in Central America, in North America, the prohibition of traditional psychedelic plants used for medicine was intricately entwined with colonization. In North America, the Protestant ethic brought over by the British viewed these substances as dangerous and immoral and the settlers believed that strict regulation was needed to protect society from their corrupting effects. This belief was compounded by racism since some of the drugs were brought in from elsewhere. So, for example, racism against people of Chinese descent became all mixed up in the war on opium and addiction.

In spite of this, until the early 1920’s addiction was mainly seen as a personal or medical problem. Up until the 1950s there was plenty of interest and research being done on psychedelics for their therapeutic qualities.

All research came to an end in the 1960’s when drug use came to be viewed as a criminal problem. In 1971, President Nixon declared the “war on drugs.” The American Controlled Substances Act was enacted which outlines 5 classifications of drugs and how they can be used based on their perceived danger. Canada has a similar Act called the

The Stigma is shifting

So that’s how we got here, but things are changing. In 1986 the non-profit Multidisciplinary Association for Psychedelic Studies (MAPS), was founded and has been hugely instrumental in supporting research into the therapeutic benefits of psychedelics, distributing millions of dollars.

With research, fear is reduced and stigma is replaced by a clear rational look into how psychedelics can be useful to diminish suffering and help us in other ways too.

Remember to always buy your shrooms from a reputable dispensary such as Shroomwave, and check out our best practices if you have any lingering doubts about safety.